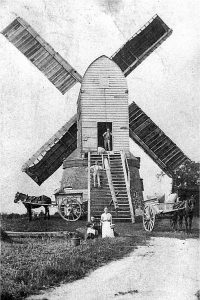 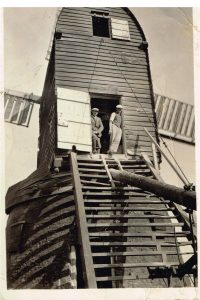 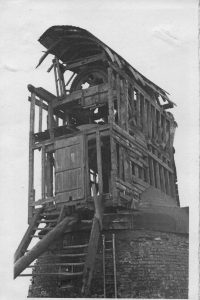 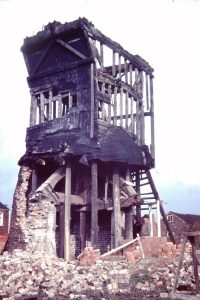 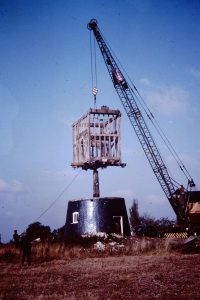 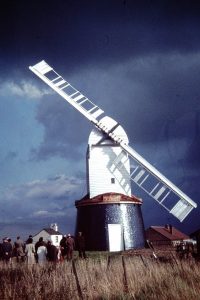 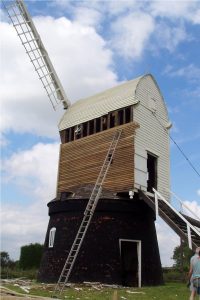 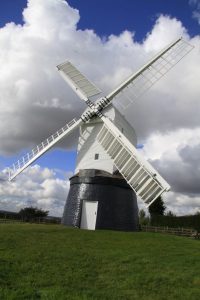 Wrawby Postmill sits high on a hill in the North Lincolnshire village of Wrawby, on the edge of the Lincolnshire Wolds and overlooking the Ancholme valley and nearby market town of Brigg. The Postmill is an example of an early type of windmill that was once common across the UK. There are now less than 45 surviving examples with even fewer being fully operational.

As the name suggests the Postmill is balanced upon a post that runs up through the centre of the structure. Unlike later mills which can have their sails turned to the wind, the whole body of Wrawby Postmill has to be rotated to turn the sails to face the changing winds. The Postmill is turned by a miller pushing the tailpole.

The Postmill was built in the late 18th Century and was operational until the 1940’s and was used for grinding wheat for human consumption as well as barley and oats for animal feed. The mill fell into disrepair and sat derelict until the Wrawby Windmill Preservation Society formed in the 1960’s and the mill was fully restored to its former glory and opened to the public in 1965.

The Postmill is free to visit, we do have donation boxes and all donations are gratefully received.  It is open to the public on bank holidays between April and August, and the last Sunday in June and July. The Postmill can be opened for school or group bookings by appointment.